With the death of the late Queen Elizabeth II, it sparked mixed reaction across the spectrum. Some mourn the loss of an enigmatic Queen, others happy at the end of the symbol of tyranny. To note, although the current monarch many not hold the ultimate power or say on the country’s politics as it once used to, the Queen has never apologised nor regretted the actions done under her name.

It is difficult to fathom, that the people whose land were colonised and stripped of its wealth, whose forefathers killed for wanting to be free in the land of their ancestors, then suddenly the generations of today, look up to the head of the coloniser with awe and mourn at their leader’s death. Are we truly free? Or these mindset, still longed to be ruled by a foreign entity? Or are they the benefactors of the colonisation of hundred of years, repaying with loyalty and showing gratitute?

This year marks the 65th Independence Day for Malaysia. Freedom for 65 years of self-rule from the last foreign coloniser. Many nations across the globe have similar stories and timelines. Independence wasn’t achieved by luck or handed back to us on a plate, but rather with tears, blood and even with the lives of our ancestors. Therefore, their struggle and sacrifices then, we as the free-generation needs to remember.But are we really fully independent?

END_OF_DOCUMENT_TOKEN_TO_BE_REPLACED 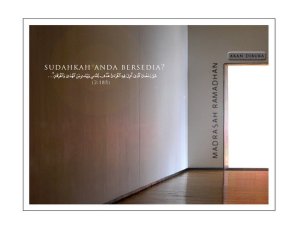 A cool breeze swept across the face. Bright lights illuminate the beautiful dome. Starry dots scattered across the dark sky. It was squashed by a loud voice that beckoned in the distance ringing around the dome. A voice urging us to pray. I sat there, in the middle of the UKM Mosque. Looking sideways and backwards. As if searching for someone. I waited and waited. He didn’t come. A dear friend of mine was supposed to be meeting me here tonight. And suddenly I remembered that he couldn’t be here. Not now. I smirked and laughed by myself. Half-cursing him. He’ll only be back tomorrow I remembered.

A thought gathered pace inside me. This was the same spot that I sat to meet up with friends at the mosque. It’s been 11 years I think. I don’t know why but we usually tend to meet up at this very same spot without even discussing about it beforehand. Memories were carved here.

I pondered, Ramadhans had always been dear to me. Trials and tribulations followed by success and happiness. And it always had a major impact on me as person and how I see life. But the early memories always stick the most.

Year after year pass by and we seldom notice nor care about how it had pass us by. We treat is as routine time and again. There are many things associated with Ramadan. Grown-ups treat it differently with that of a kid. As a kid, fasting was something that is considered an achievement that would make you be in the league of grown-ups. Did we know why were fasting then? No. Did we understand the significance of the month? The Tarawih prayers? No. But fasting was something you want to do as a child. It was thrilling to say the least. Childhood memories. We all had them. Yours might be the same as mine or may be totally different, but here are some to share. END_OF_DOCUMENT_TOKEN_TO_BE_REPLACED

Quote of the Day